A Type 4 individual is commonly called “the romantic”, “the individualist”, or “the creative” personality type that values their freedom. If you want to understand Type 4 at a deeper level, please continue reading. 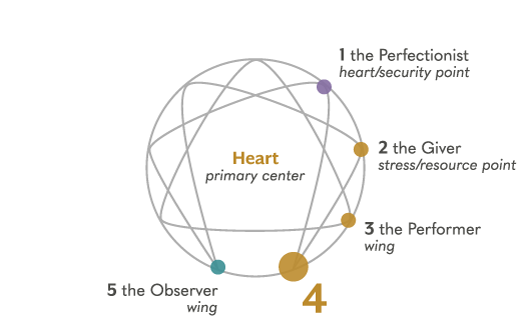 Other names: The Romantic, the individualist, the creative

Fours tend to be imaginative, creative and authentic. They find joy in following what they believe in passionately and express themselves genuinely through their creativity and imagination.

They are emotionally sensitive and tend to seek deep and meaningful relationships with others.

Overly sensitive, melancholy and moody. When Fours experience rejection or disappointment, they tend to be clingy or are likely to withdraw from the world.

They also tend to focus on what they lack, making them feel envy and a sense of longing for what they desire.

This focus strengthens Fours’ negative self-image that they may not be as good as expected, resulting in them dwelling on the past, indulging in self-pity and acting overly dramatic or intense to protect their self-image.

Fear of: Not having significance

Fours fear that they do not have any significance in this world. To make themselves stand out, they may work extra hard at being unique, creative and different from others.

Desire and Need to: Authenticity and self-identity

They desire others to appreciate and value them for who they are. They need to have the freedom to express themselves and stand for what they believe in.

They are motivated to express their individuality and emotion through creativity and imagination. Fours are inspired to build meaningful connections with others and spend time reconnecting with themselves.

They are very expressive of feelings and can speak eloquently using flowery language, analogies and metaphors to capture their audience’s attention. They can appear warm and passionate at times while dry and unenthusiastic with a tone of sadness at other times. 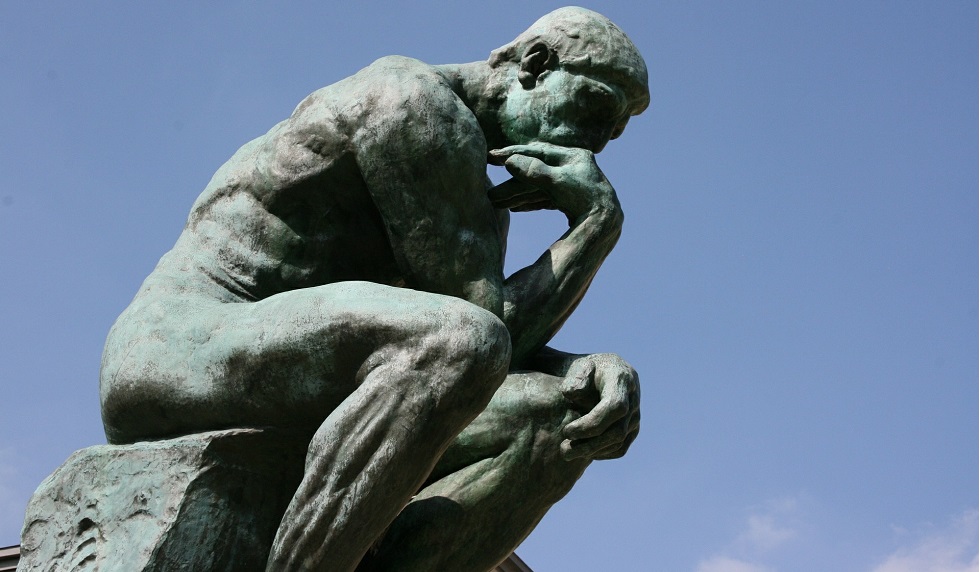 Fours are ‘big picture’ thinkers. They tend to focus on the future, on how they can change the world rather than the present. Due to their abstract nature, they are drawn to big ideas and concepts. They are good at using their instinct and intuition to read between the lines to gain information.

Instead of logic, Fours connect with the world mainly through feelings. They see themselves as a uniquely gifted individual and live their life with passion and intensity.

Fours are deep thinkers and feelers who approach anything in life seriously. Because of their ever-changing emotions, they tend to experience mood swings as they reflect on their past and contemplate their future.

Sense of self awareness

Fours have a strong sense of identity. They understand deeply about themselves and have their own sets of goals, values and beliefs.

Fours have a clear vision and purpose about what they love and contribute to society and the world.

Fours are strong-spirited individuals who live fearlessly doing what they believe and do not get deterred in the face of danger, pain or obstacles.

No matter where they are or who they are interacting with, Fours will always stay true to their values, personality and beliefs. Their every word and action reflects genuineness and an honest representation of true self.

Having a heightened sense of sensitivity, Fours are able to recognise subtleties and notice what’s happening around them. They are sensitive to others’ feelings and will think deeply before speaking or making a decision.

Channeling their creativity, Fours enjoy expressing their authentic inner self, thoughts or feelings through any mediums such as writing, art, music, clothing or dance.

Fours always have their ways of doing things and are unwilling to think and do things in the most conventional methods. They like to immerse themselves in their world of imagination and dream about all the possibilities that they can achieve in their life.

Fours who are 4w3 type share most of the traits identified with a type 4 and have some similar characteristics related to a Type 3, such as being genuine and authentic, displaying a higher level of energy and determination.

They are deeply attuned with their inner self and want to leave an impression/impact on society. Their strong emphasis on self-image coupled with their fear of not impacting the community may leave them feeling insecure and self-doubting.

4w5 types share similar traits with both Fours and Fives. They are creative, intelligent and may come across as more reserved and introspective compared to other Fours. They are passionate about seeking knowledge to feed their curiosity about the world around them.

Compared to other Fours, they are less worried about their image and not as emotional but appear to be more inward-looking.

Type 4’s primary core value is individualism; they would work best in a work environment where creativity and authenticity are valued.

They enjoy working in an environment that is not bound by strict rules and regulations. They tend to perform best when given space and trust to express their creativity and imagination freely.

When the work is what Type 4’s are passionate about, they will devote themselves to the job. As they are sensitive to other’s feelings, people will feel comfortable talking or being around them.

On top of that, having a solid self-awareness helps them connect deeply with themselves and the people around them as well. This allows Type 4’s to be aware of their own development areas in order to be the best version of themselves at work and build meaningful relationships with others at work.

Fours at their healthy level are more emotionally stable, responsible and conscious of their surroundings. They are exceptionally good at expressing what they believe in through innovative and inspirational artworks such as poetry, music, drawings, sculptures, plays and more.

When Fours draw on their strengths and accept themselves for who they are, their once broken hopes and dreams may become a reality. They will then take a courageous step for the common good and become compassionate advocates for a cause they have a firm conviction in. They accept and celebrate each person’s uniqueness without attempting to be the special one.

At a moderate level, Fours enjoy deep conversation and prefer spending time with a community of like-minded individuals for support and inspiration. They will search for a creative outlet to express themselves and release tension. At times, they can be emotionally intense, introspective and seek authenticity at the cost of others’ feelings and emotions.

Fours at an average level are extremely sensitive and take extra care on how they present themselves to others. They strive to be different from others and may get offended when others try to imitate them. As they are susceptible to criticism, they actively seek appreciation and flattery to show that they are unique and different.

Fours at an unhealthy level are exceedingly emotional and vulnerable to mood swings. When they do not live up to their expectation or idealism, they will isolate themselves from the entire world and are caged in their fantasy world. This results in them losing touch with reality and developing extreme coping strategies such as indulging in music or hallucination-inducing substances.

When they are depressed, Fours may get into a habit of rumination. Fours will be stuck in this vicious cycle of self-doubt, fear, and deflated self-esteem if they fail to acknowledge their self-destructive habits and thought processes. 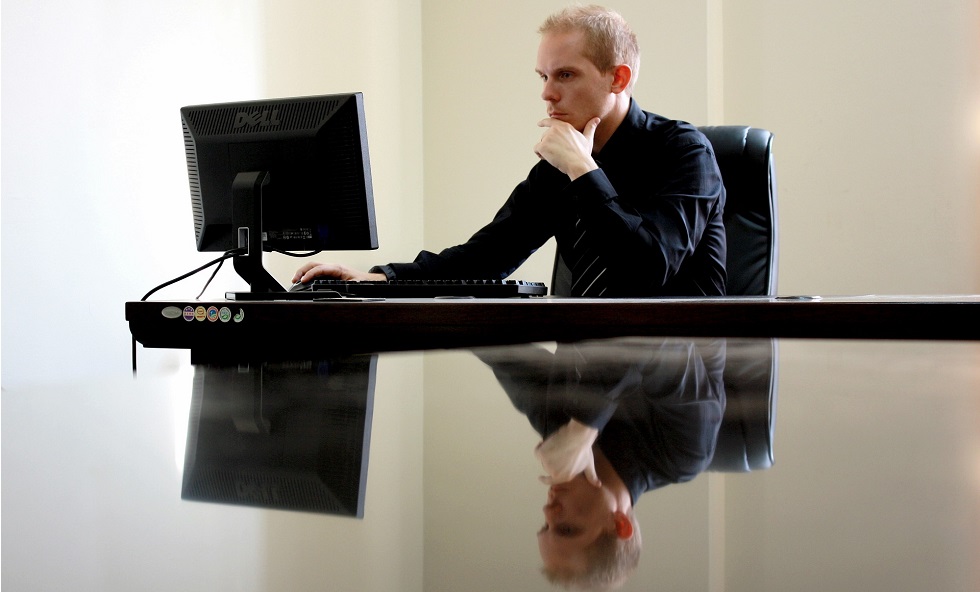 Fours are exceptionally good at expressing their authentic self through creativity. They may become disillusioned and discouraged if their works are unexciting and uninteresting.

Individualists at their core, they tend to spend time reflecting on their thoughts and feelings to find their true self. On the other hand, Fours find pleasure in sharing their feelings and personal experiences with others to create a deep and authentic relationship with others.

Fours are extremely sensitive to their emotions as well as the feelings of people around them. They are highly conscious of others’ emotions. They desire a deep and meaningful relationship with others and are likely to experience a full range of emotion, from happiness to sadness.

Their emotions are easily influenced by experiences and the world they live in. When things go against their expectations, they may become clingy, emotional and withdrawn from the world.

Fours have a strong tendency to make decisions based on their intuition, emotions and personal experiences rather than facts. Their sense of envy and longing may influence them to zoom in on what is missing in their lives.

What are Enneagram Type 4 Celebrities?

Who are Enneagram 4s Most Compatible With?

When it comes to Enneagram compatibility, Fours tend to partner well with Fives and Nines.

How Does an Enneagram Type 4 Handle Stress?

Under pressured Type 4s tend to isolate themselves from others and dwell on their negative feelings. When they are stuck in their hostile world, they may be overwhelmed by those feelings. They become more clingy, emotional and expressive.

Type 4s are individualists who value creativity and authenticity. They are best suited for careers that give them the freedom to express their creativity, such as photographer, interior designer, social media manager, and artist.

We hope this article gives you a comprehensive understanding of Enneagram Type 4. Your greatest strengths lie in that you are a creative individualist who values feelings, self-expression, and purpose in life.

You shine the best when you can express yourself fully and are in the company of people who appreciate you for who you are. At your worst, you may face issues dealing with your negative self-image.

Your insecurities may result in you reacting emotionally and withdrawing from the world. Through personal development and self-awareness, you can learn to forgive and let go of any negative feelings. You also need to be more objective and not influenced by your emotion when making important decisions.

When you learn to love and accept yourself fully, you will then enjoy and prosper doing what you love and be happier every day.

The Kinsey Scale: Everything You Need To Know