People with Enneagram type nine are the most unproblematic and trusting people in the community. Their need to stay as far away as possible from confrontations and conflicts makes them very accepting and supportive.

In fact, for the sake of peace, they would gladly go along with the opinions of others. They would prefer not to be seen as standing apart from others with a conflicting opinion as this might cause conflict, and they detest that.

Their desire to be peaceful helps them see the positives in any situation, and this gives them the unique ability to bring calmness to people around them.

Sometimes seen as the tie that holds the community together, they can often see things objectively and from all points of view. That’s why they excel at being mediators and peacemakers for others. 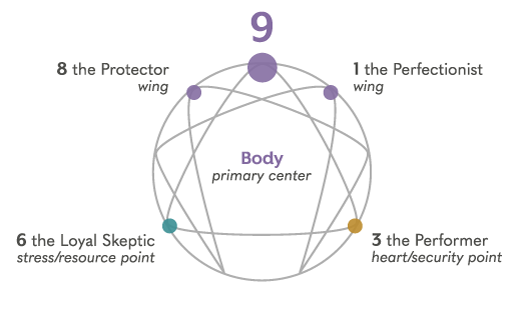 Other names: The Peacemaker, the Mediator.

They tend to have some of the traits of other Enneagram types, too, and their accepting nature makes them vulnerable. This is one of the reasons why type nines have no strong sense of identity.

A type nine would be able to see issues from different angles when it concerns others but would be unable to deal with their own unfriendly and contentious matters.

Some of their strengths include:

Despite their peace-loving nature, type nines can be frustrating to deal with. Their determination to avoid every form of conflict can also become exasperating to those around them.

As we all know, one cannot go through life just sidestepping confrontations and ignoring issues just for the sake of achieving peace. This enneagram type is notorious for living in a bubble and hoping that their problems would go away if they ignore them.

This can negatively affect their relationships with those in their community or cause them harm or pain. This could cause a lot of resentment.

To remain effective and efficient, these are some traits a type nine should watch out for and avoid:

Fear of: To feel abandoned

Type nines do not do well when they are abandoned, and they are afraid of separation from everything that brings them peace. This is one of the fears they live with.

After their fear of conflict and upsetting situations, they are also afraid of feeling shut out and losing connection with what’s important to them as this would mean that they must learn to be more decisive and more assertive, left for themselves forever in a hostile, conflict-ridden, broken world where they must assert themselves.

They try to compensate and maybe ward this off by trying to make everyone happy.

Desire and Need to: Feeling happy and stabile

A lot of peace, stability and harmony and then some more. That is what Type Nines desire all the time. Their core desire is to achieve inner peace and the people they care about to be happy.

They believe in emphasizing the good life and making sure that those around them have it. While they just focus on the simple pleasures that life has to offer.

Due to their utter dislike for conflicts, one thing a Type Nine would always aspire to is to be able to maintain things as they are. Why?

Because any changes might lead to unfriendly situations, which would demand being assertive, and that is something a Type Nine never wants to deal with. So if it involves safe, undoubtedly living in harmony with others, you can count a Type Nine in.

The Peacemaker seeks to gain goodwill or favour and reduce hostility, so his speaking style tends to be conciliatory. Type Nines are so accommodating in their speeches that sometimes, they might have trouble getting to the point.

The characteristics of enneagram types tend to overlap. These wings can overlap, and you would often find different personalities in the same wing.

It might be strange to find the Reformer and the Peacemaker in the same group. Or to see the Perfectionist in the same group as the Investigator. However, this is possible with enneagram types. The Type Nines can further be divided into two separate wings.

These variations are presented as follows: 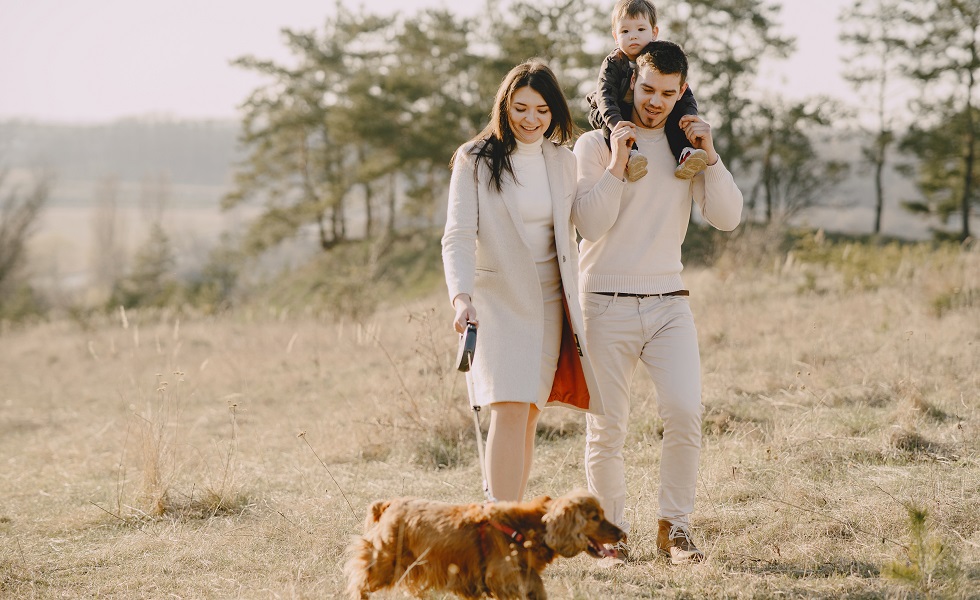 Because they shun all forms of personal conflict, type nines have a peaceful demeanor. They always have a serene look about them, and this encourages people to trust them.

Being the most non-judgmental of all Enneagram types, Type Nines are very accommodating, and this shows in their voice and the way they talk.

They also have fluid-like movements and gestures, and their overall manners are relaxing and welcoming.

A wide circle of acquaintances

They are liked by many because of their ability to make people around them happy. They are also empathetic, which makes them liked by most people.

An Enneagram type 9 is most afraid of being abandoned and losing connection with those who matter to him. He will do all he can to make them stay, even if it means bending over backward and ignoring their own needs.

Because of their ability to get along with almost anybody, type nines are very adaptable and can make others get along too.

Putting a type nine amid warring groups is like building a bridge between two locations. They are good conversationalists and know how to be inclusive.

Enneagram type 9s are always ready to go with the group’s choices, and you would never see them making an opposing opinion. They might be firm in their stance, but to foster peace, they would rather go with the opinions of others.

It is true that Type Nines seek to foster peace and harmony with the world. They also aim to be the bridge that holds their community together when they are with their loved ones.

Acknowledging their efforts and letting them know how significant their contributions are will earn you gold points with a Type Nine.

Love to be appreciated

They love to be seen, heard and appreciated, so reassuring them that they are doing a great job in their community is a good way to do that.

Best Careers and Jobs for Enneagram 9

Put an Enneagram type 9 in a career that promotes peace and harmony, and they would thrive effortlessly. They desire to feel needed, which would make them exceptional in such careers where they help others. They also thrive in careers that are slow paced and in which they do not have to be in constant competition with others.

If they are not allowed to help others, people with Enneagram type nine might eventually become indifferent and passive-aggressive. Since they also fear loss and abandonment, jobs that may make this happen are not recommended.

Now that we have carefully considered type nine’s strengths and weaknesses, here are some jobs that are most suitable for them.

List of best careers and jobs for Enneagram Type 9

At the first and best level, type nines at this level are at their best. They feel very content and can have more well-rounded relationships with the people around them.

At a second level, type nines here have all the personality traits of a typical Type Nine. They are good-natured and live a life of ease and stability.

At a third level, type nines have a calming presence and are the bridges that bring people together and also help to mediate in conflicts. They act as buffers and peacemakers too.

At a fourth level nines here are so accommodating that they prefer to go along with other people’s wishes. They have become accustomed to deflecting others.

At a fifth level, type nines become indifferent and try not to be affected. They become emotionally lazy and prefer to sweep matters under the rug instead of dealing with them.

On a sixth level, At this level, there is a tendency to try to make matters seem smaller than they are. They resolve to wishful thinking and start to get others exasperated with their constant procrastination and inability to take things seriously.

At a seventh level type nine here would be unable to face conflicts head-on and instead try to avoid them as much as possible even if it becomes dangerous to others.

At an eighth level there is no more desire to do anything other than completely blocking out many things to the point that they become numb and unresponsive.

At the worst and lowest level there is complete disorientation, and a catatonic state begins to develop at this stage. There might also be the development of multiple personalities, and personality disorders might occur. 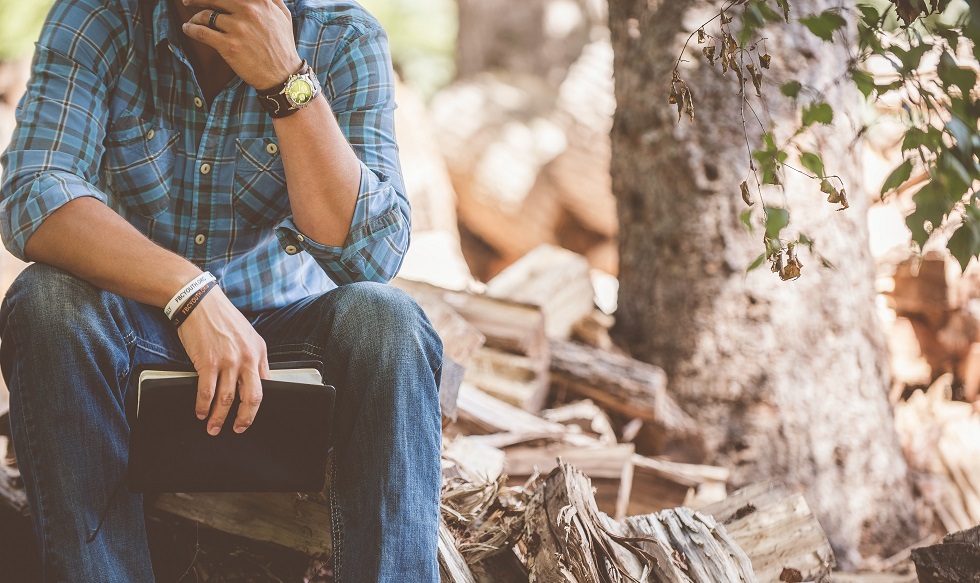 Here are some tips to help Type Nine improve on their personal growth:

Type Nines try to be in control, but they do this by being generally passive. They also avoid conflicts of any kind.

They quickly adapt to the opinions of the people around them.

Type Nines prefer structures and adapt to routines quickly. They rarely speak up about their thoughts for fear of burdening others and avoid any confrontations.

Type Nines are easy to talk with and have calm dispositions. They avoid emotions like anger because it will almost always lead them to conflictual situations. They are, however, able to feel the feelings of others and adapt to them too.

What is an Enneagram Type 9 Meaning?

People who have Enneagram Type Nine personalities are peace-loving, accepting and trusting. They like to promote harmony and stability and avoid conflicts and confrontations.

How to get Along With Enneagram Type Nine?

Type Nines love to be seen and heard and have their efforts appreciated. Since they tend to forget themselves, they appreciate anyone who pays attention to them and their needs.

How Does an Enneagram Type 9 Handle Stress?

Type Nines would rather not speak up about their problems to close up about their issues and try to wish them away. This makes them lose touch with their environment and make others around them feel frustrated.

Is Enneagram Type 9 Rare, and How Rare?

Studies show that Type 9 is the most common Enneagram type. According to surveys, they make up 14.4% of the population.

A Type Nine can be easily identifiable by their need to avoid conflict and achieve peace and harmony at all times. They are calm and accommodating and have a zen-like presence that is undeniable.

Best Personality Tests for Business
Invite anyone - your team members or coaching clients - and see their results
Aggregate results across different personality tests
Tell me more
No training or consultants needed to interpret the results
Where should we send it?