YOUR STRONGEST BIG GIVE TRAIT

Agreeableness is a personality trait that describes a person’s ability to put others needs before their own. Those who have Agreeableness as their main trait are more likely to be empathetic and find pleasure in helping others and working with people who need more help.

Agreeableness is commonly used to describe the level of friendliness, kindness and politeness a person displays. Agreeable people are generally well-liked and prefer cooperation over conflict and scoring high in agreeable tendencies also means that you have an ability to maintain relationships.

Whilst being agreeable is widely considered to be a good thing, high levels of Agreeableness makes it difficult to take criticism, assert yourself or make tough decisions. Due to their concern about others, these people also typically have a challenge progressing in career, placing themselves and their goals in the background.

On the opposite side of the spectrum, the low level of Agreeableness manifests itself in behaviours that are socially unpleasant. Manipulation and nastiness towards others, a lack of caring or sympathy, a lack of taking interest in others and their problems are all quite common. 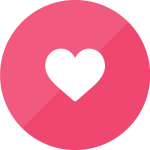 Showing empathy and consideration for others is again, a common characteristic. Understanding how someone else is feeling and considering how the actions of others or yourself can contribute to that person or group of people is common. 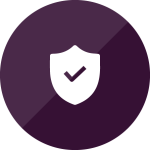 Highly agreeable people are prone to assume that others mean well and have good intentions. They are less likely to judge others or make snap decisions about people choosing to show compassion and kindness in abundance. 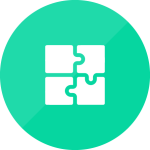 Often seen as peacemakers over those that like confrontation and disruption. Highly agreeable people will often compromise their own needs for others.

Check the full ranking
100000
test takers & test reviews on the Best Personality Tests platform
I’m so glad to know that the things I thought were weird are actually just par for my personality type. It’s kind of amazing how many people don’t understand themselves
…
and their special snowflake qualities, then they start judging other people as “weird” or unnormal!

Rabiul
I’ve always been aware that my tone was too judgmental and harsh. After spending some time with the premium profile, I now know when it’s appropriate to be nurturing or
…
tough in order to get someone else on board with an idea of yours!

I’m so happy to have finally connected the dots! I had been feeling frustrated with who I was, but now there’s no turning back.